THE MOST DIFFICULT YOGA POSE

07 Dec THE MOST DIFFICULT YOGA POSE

Posted at 13:36h in Articles by Kelli Russell 5 Comments

Savasana. Some of us view our final resting pose as the much-needed reward at the end of a challenging practice, while others cringe at the thought of sitting still for five minutes. As westerners, we are taught from a very early age that time is valuable, idleness is evil, there is no time for relaxing, there are things to be done, go, go, go! Many even feel a sense of guilt in taking personal time to rejuvenate—even for a few minutes!

Listed below are common complaints along with some suggestions for finding comfort in this asana.

Five Reasons People Skip Savasana vs. Why We Should Stay: 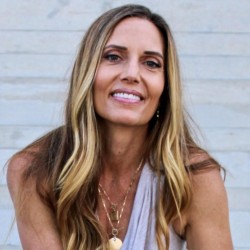 In addition to yoga and meditation instruction, Kelli is a subconscious change facilitator -here to help you release emotional stress and trauma, balance your energetic system, and establish powerful subconscious beliefs that support everything you do. Learn more and book your session at www.rapidtransformationsessions.com